The Jacksonville Sheriff’s Office is investigating a shooting that left two men dead on Jacksonville’s Westside on Thursday, June 18th, morning. Phillip Harley, 37, and Michael Thomas, 35, were gunned down in June while working overnight at a tower off Firestone Road and Morse Avenue.

Police said they responded to the area 6800 Firestone Road around 6 a.m. and found the men who were fatally shot multiple times. The sheriff’s office said they were found in a small building on the property of an AT&T cell tower.

Please call First Coast Crime Stoppers at 1-866-845-8477 if you have any information on this case.You will remain anonymous and could be eligible for a cash reward up to $4,000. 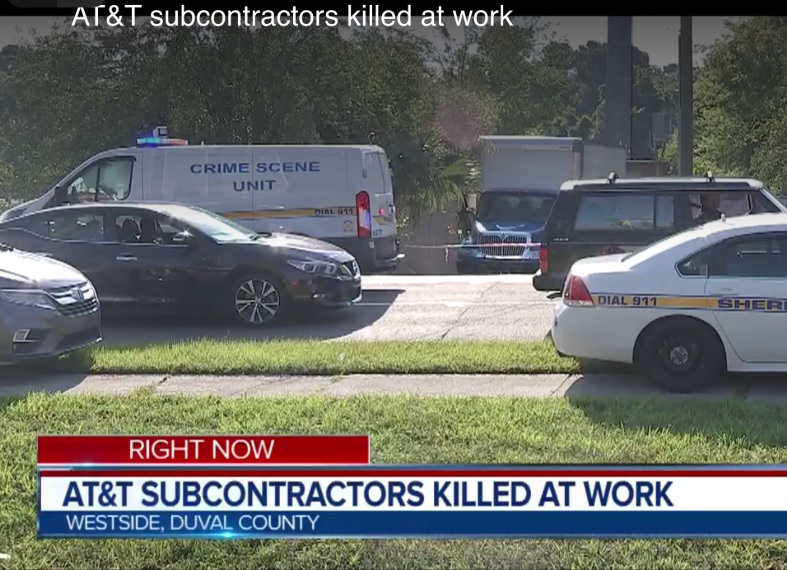 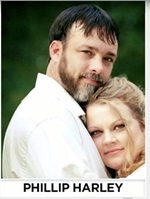 On Saturday, May 30, 2020 during the afternoon hours, officers were in and around the Bay Street area of downtown following one of many recent peaceful protests.  Hours after this event was held, of the groups of individuals that remained, some began to protest in a violent manner.  It was during this time, as a JSO officer was attempting to manage the large unruly crowd, the pictured suspect approached the officer from behind and repeatedly struck him in the head and neck areas.  As the suspect struck the officer, an unknown object in his hand cut the officer on the right side of his neck requiring transport to a local hospital.

As we continue the investigation into this aggravated battery on a police officer, we ask for the community’s assistance in attempting to identify the suspect.

The suspect is believed to be a White/Male, and as seen in the pictures is wearing glasses and a blue face mask, a dark shirt with orange or red print, blue jeans and dark shoes.

Anyone who has any information in regards to the identity of this suspect is asked to contact the Jacksonville Sheriff's Office at 904-630-0500 or email them at JSOCrimeTips@jaxsheriff.org. To remain anonymous and receive a possible reward up to $8,000 contact Crime Stoppers at 1-866-845-TIPS(8477). Or you can click on the "Submit a Tip" tab to the right of this post.

Erica Norton said her 29-year-old son, Joshua King, died after a shooting last month (on May 13th) around the corner from his grandparent’s house in the Fort Caroline Oaks subdivision off Fort Caroline Road.

She said King leaves behind an almost 2-year-old girl.

“My son Joshua king was a father,” Norton said. “My grandchild is not going to know her father other than pictures and what people tell her.”

Norton told News4Jax her son was shot in the back on Rifle Run Court and was taken to the hospital with non-life threatening injuries on the night of May 13, but died while in surgery.

No arrests have been made in the case. 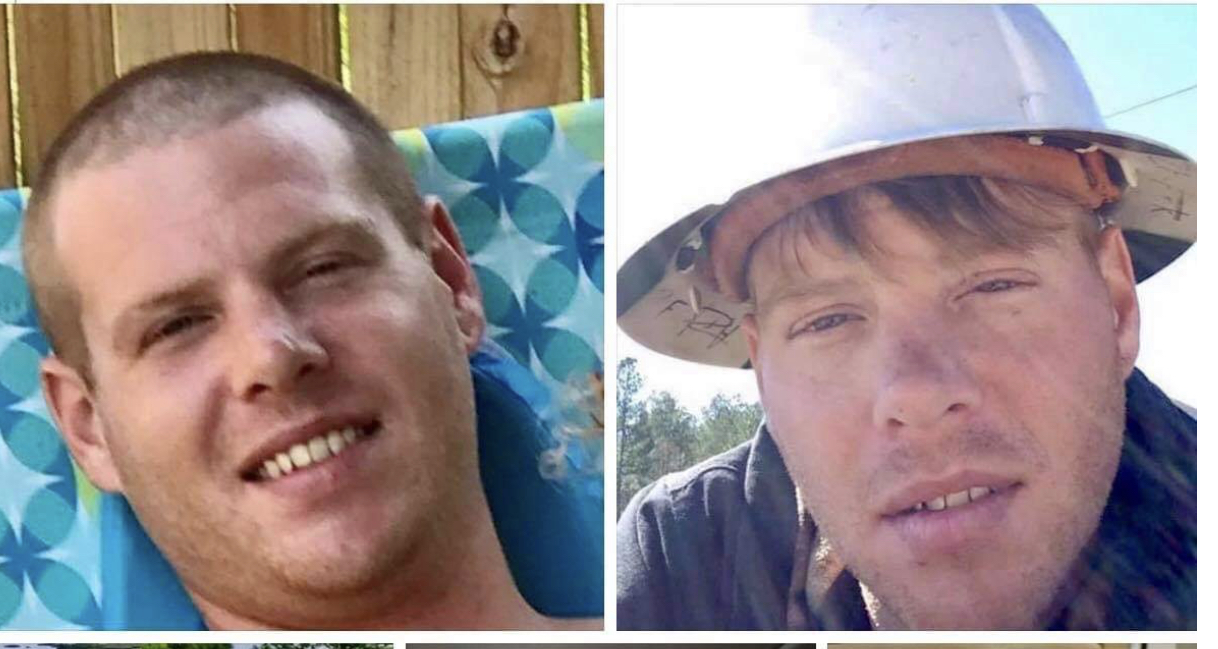 On Thursday, March 19th, 2020, In the 4700 block of Portsmouth Avenue in Jacksonville. Wyche and her date were inside the vehicle when another car approached. “Gray car, two-door, four-door sedan, two guys jumped out of the car and just opened fire on the car.”. The male survive the attack but 17-year-old Wyche died at the scene.
Please call First Coast Crime Stoppers at 1-866-845-8477 if you have any information on this case. You will remain anonymous and could be eligible for a cash reward up to $8,500. 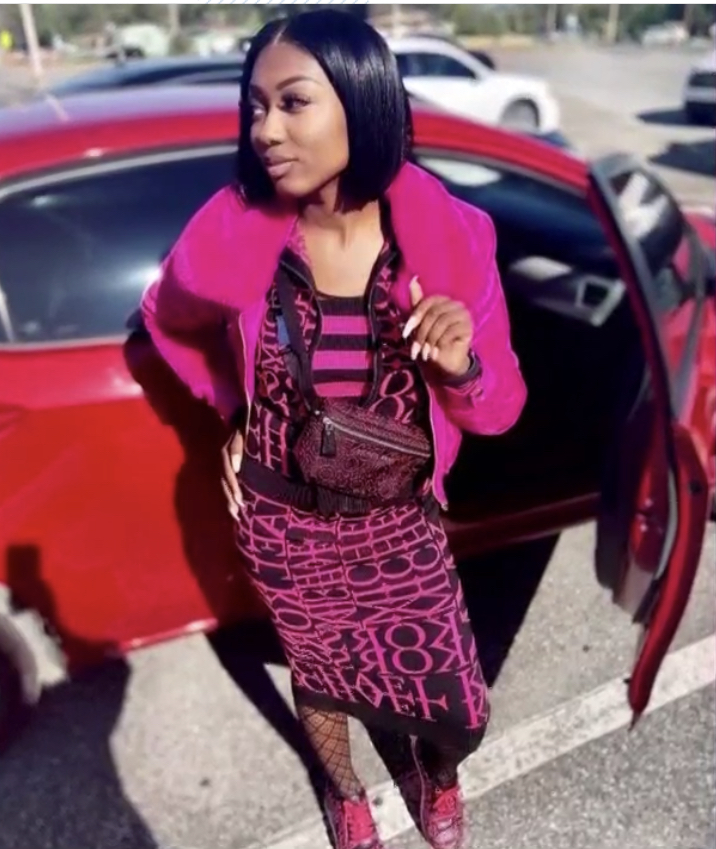 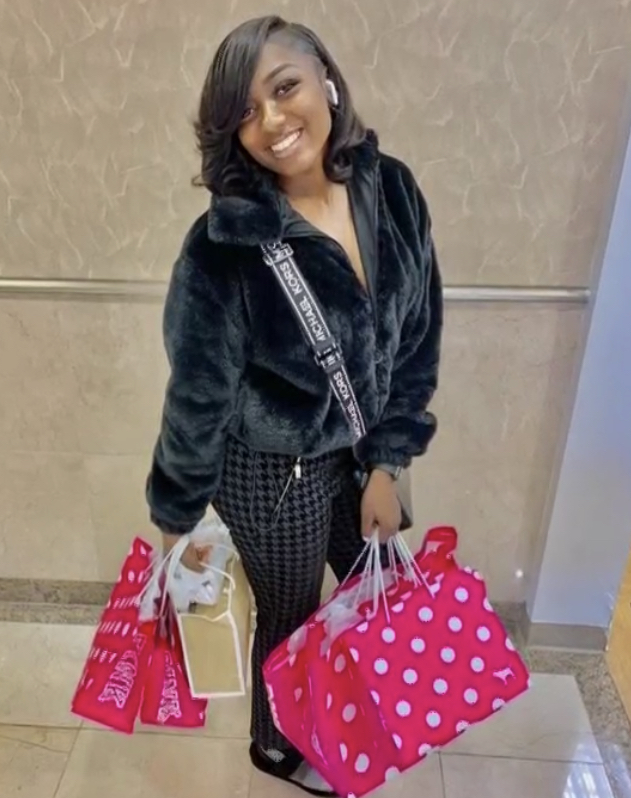 On Sunday, May 3rd, 2020, Antuan Williams, 18, was one of four young men injured in what police called a chaotic shooting on Brooklyn Road. JSO said about 50 shots were fired by the gunman.

Neighbors described Sunday’s shooting as a war zone. “It was like I was back in Vietnam," said a Brooklyn Road resident who asked not to be identified. “I was looking at TV and I heard pow, pow, pow, pow, pow, pow, and it sounds like an automatic weapon. But it’s so regular I didn’t pay too much attention.”

Police are looking for a white Kia sedan that left the scene Sunday, traveling east.
Please call First Coast Crime Stoppers at 1-866-845-8477 if you have any information on this case.You will remain anonymous and could be eligible for a cash reward up to $3,000.
. 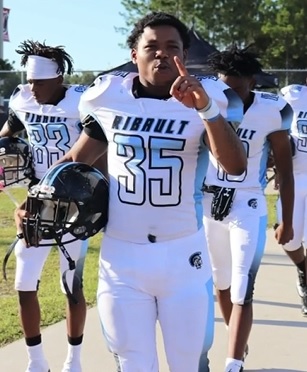 On Wednesday, Feb. 26th, Officers responded to a shooting on Crown Point Road and found a man dead in the parking lot of the Sugar Mill apartment complex, according to the Jacksonville Sheriff’s Office.
Police said the initial call came in at 11:30 p.m. and homicide detectives were called to the scene. They released no information about who the victim was, the circumstances of the shooting or if they had identified a suspect.
The victim was later identified as Elias "Louie" Alhirsh. If you have any information on this case PLEASE call us 1-866-845-8477. You will remain anonymous and could be eligible for a cash reward up to $3,000. 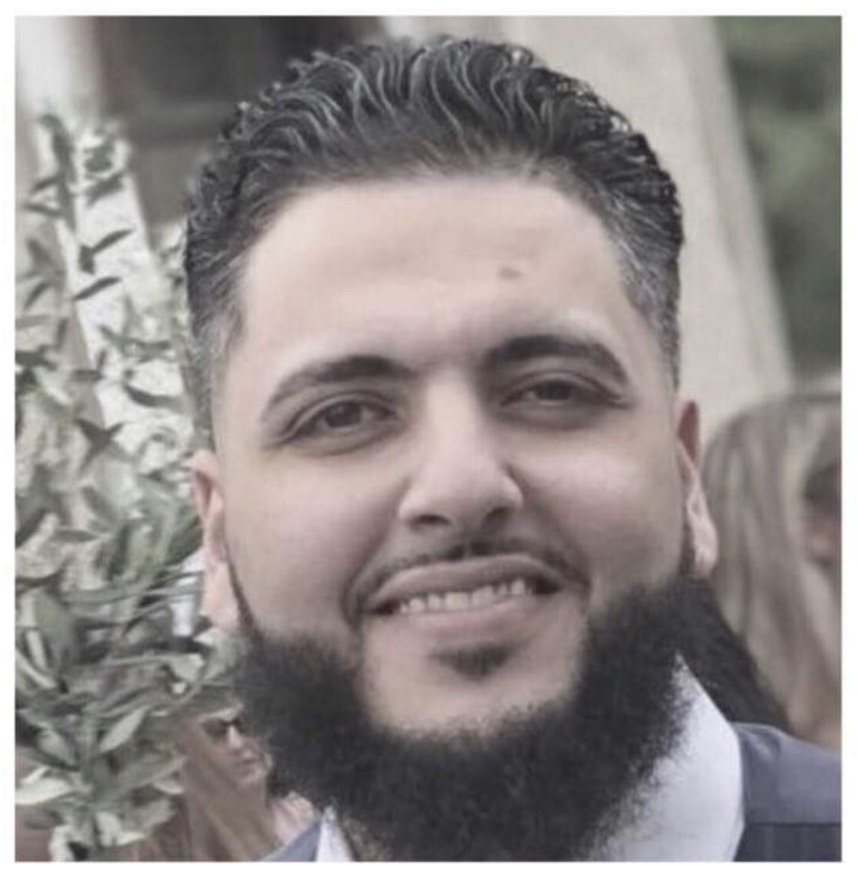 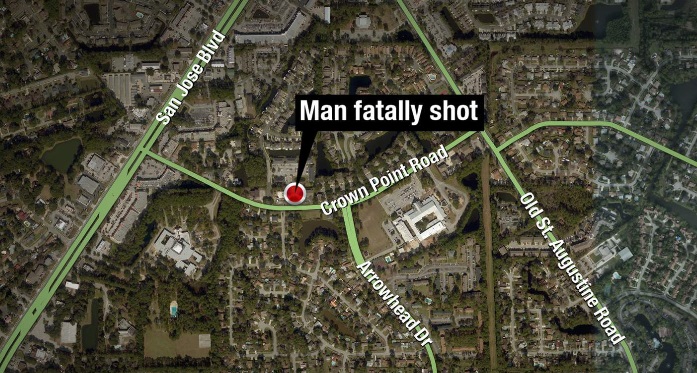 On April 3rd, 2020, just after midnight,  Jimmie Youngman was hit and killed on Interstate 95 and 8th Street.  The man was initially hit by a newer model black vehicle that fled the scene, according to FHP.

The Florida Highway Patrol is asking for help tracking down a vehicle that may have been involved in a fatal hit-and-run crash downtown Friday morning.

Troopers say that Jimmie Eldon Youngman, 50, was killed in the incident.

FHP initially responded to a crash that happened around 12:30 a.m. near Interstate-95 and 8th Street. They say a green Ford Expedition was traveling northbound on I-95 when they noticed a pedestrian lying in the right travel lane.

The Expedition was unable to avoid the pedestrian before coming to a stop on the right shoulder, says FHP.

The investigation later revealed that the pedestrian had already been struck by an unknown newer model black vehicle that had fled the scene.


FHP Looking for vehicle after a Fatal Hit-and-Run Crash 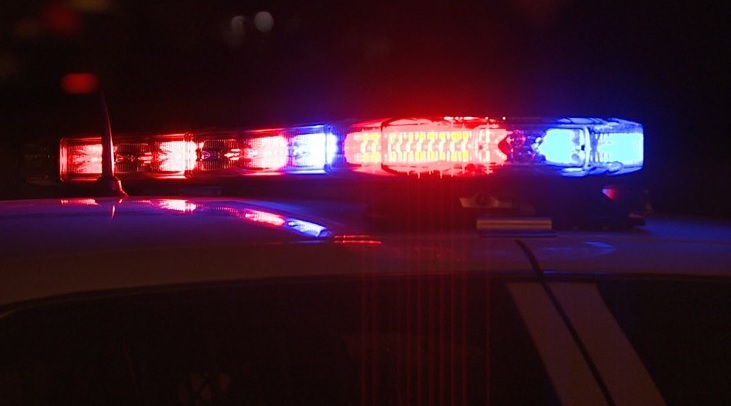 THANK YOU! WE LOVE OUR TIPSTERS!  Great News!
https://www.news4jax.com/news/local/2020/04/10/3-additional-arrests-made-in-deadly-shooting-of-5-year-old-jacksonville-girl/
On Monday, April 6th just after 4pm, a 5-year-old girl was fatally shot in an exchange of gunfire between two groups Monday afternoon in the Highlands area of the Northside.
The grandparents of the victims said the 5-year-old girl, Kearria Attison, and her 4-year-old sister, Paris West, were sitting in a car with their mother outside a convenience store on Monaco Drive at De Paul Drive just after 4 p.m. when the shootout happened.
Assistant Chief Brian Kee, with the Jacksonville Sheriff’s Office, said investigators learned there was an argument that turned into a physical fight between two groups of people and the fight escalated into gunfire.
When the two groups began shooting at each other, according to Kee, the 5-year-old girl, who was in the backseat of the car, was struck by gunfire and the 4-year-old, who was also in the backseat of the car, was injured by some of the debris.
“We don’t know what started the argument, but it, unfortunately, led to led to some gunfire with innocent children in the middle of it,” Kee said. “The children were absolutely innocent. Who they were with were not part of this argument, fight, anything. They were completely innocent and, unfortunately, right in the middle of the gunfire.”
The 5-year-old was taken to a hospital in critical condition and died there, her grandparents said. Mayor Lenny Curry said he was told by the Sheriff’s Office that the child was shot in the head.
Please callus if you have any information on this case, now matter how small you think the information might be, CALL US 1-866-845-8477, you will remain anonymous and could be eligible for a cash reward of $4000. 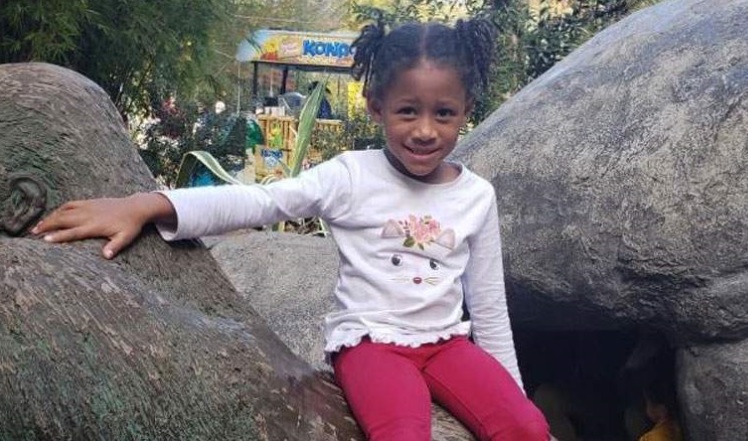 On Tuesday, March 31st, 2020, at 2:42pm, Aaron Darius King, was shot and killed while inside his silver Chevy Impala at the Grand Court Apartments at 7610 Blanding Blvd.
Investigators need your help to solve this crime. Please call First Coast Crime Stoppers at 1-866-845-8477 if you have any information on this case. You will remain anonymous and could be eligible for a cash reward up to $3,000. 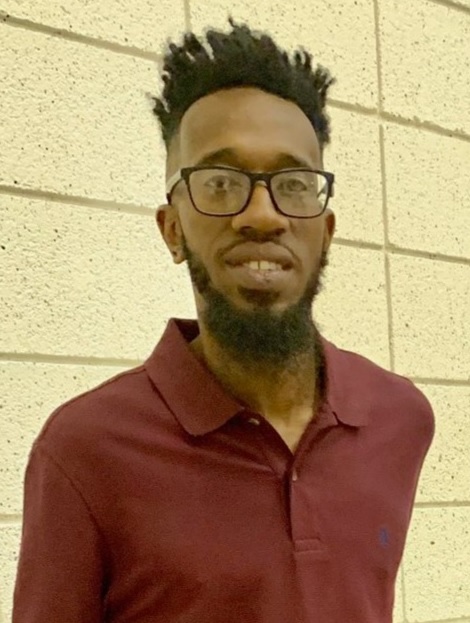 Case solved. Arrests made.
Blake Hendrix, 23, of Callahan, was found dead by police answering a report about shots fired near King Street early Sunday morning, Feb. 16th, 2020. Hendrix, a West Nassau High School graduate, was shot after a fight broke out, his friends previously told News4Jax. His uncle said his nephew was protecting a friend who was involved in the fight when someone pulled out a gun and shot him.

Off-duty officers working near King and Forbes streets heard gunshots ring out about 2 a.m., according to the Jacksonville Sheriff’s Office. After speaking with bystanders, the officers were pointed to a nearby business and they soon found a man lying dead in the road.

Detectives spoke with multiple witnesses in hopes of piecing together what happened. They’re currently trying to identify anyone who might have been involved, or those who saw what led up to the shooting. 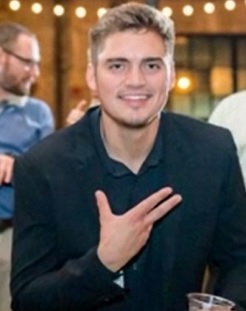 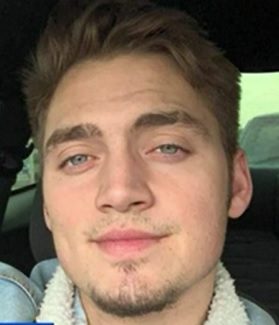